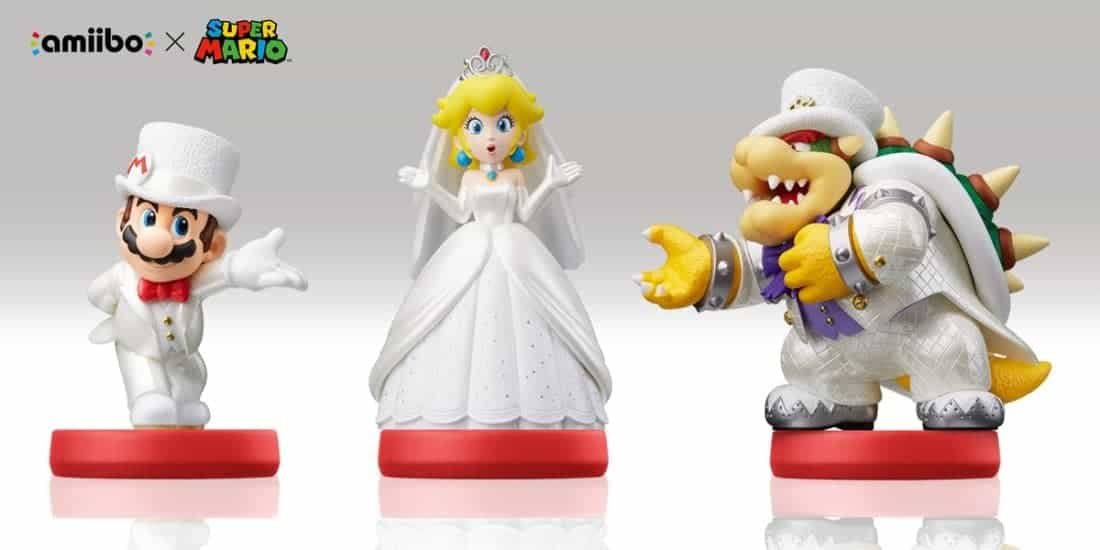 At E3 today, Nintendo made the amiibo announcement of our dreams: Three new Super Mario Odyssey amiibo figures are on the way. The set will include Mario, Bowser, and Peach, all in white-tie wedding apparel.

They’re so cute, we want to marry them!

Super Mario Odyssey will come to Switch on October 27th. The amiibo will be available around the same time, separately and as a three-pack. We can’t believe we have to wait that long! The anticipation is too much.

During the Treehouse stream after their E3 Spotlight, the game’s producer, Yoshiaki Koizumi, stated that tapping the amiibo to the Switch will grant “costumes and an assist function.”

Koizumi didn’t actually say that, but we all thought it. Play this song for the wedding march, and you’ll make gamer wedding headlines (which needs to be a thing if it isn’t already).

Three new #amiibo figures—Mario, Princess Peach and Bowser in their wedding outfits—will be released at the launch of #SuperMarioOdyssey. pic.twitter.com/0XwVicwVf5

(Though she looks understandably astonished – who’d want to marry Bowser?)

The description is convincing, too: “Join Mario on a massive, globe-trotting 3D adventure and use his incredible new abilities to collect Moons so you can power up your airship, the Odyssey, and rescue Princess Peach from Bowser’s wedding plans!”

And ride dinosaurs? While dressed up for a wedding?

Okay, time for our summer savings plan to officially commence. We need a Nintendo Switch. Then we need Super Mario Odyssey. Then we need these amiibo. THEN we’ll be satisfied. 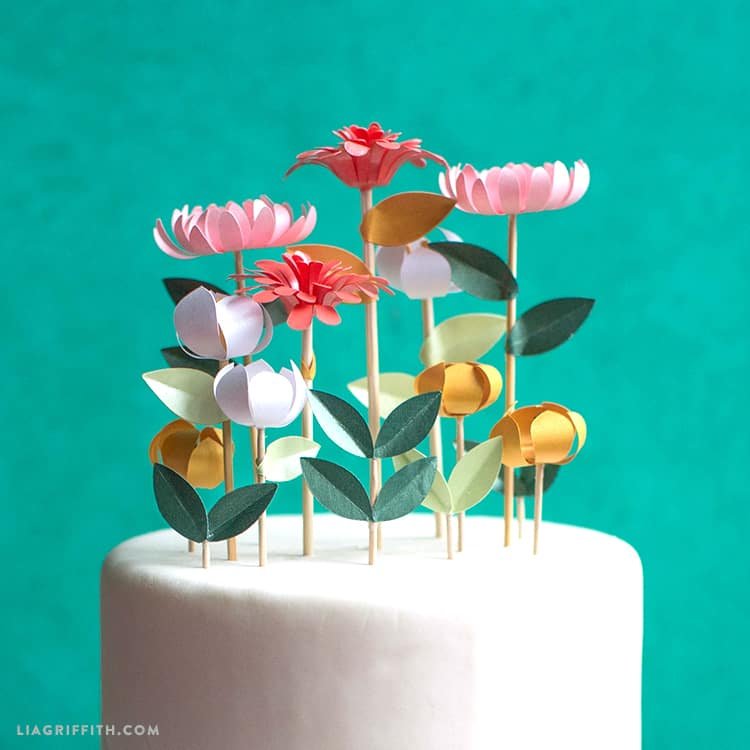 Pretty Floral Cake Toppers in DIY Party Decor Share Comment Love It Make This! Spring Flower Cake Decorations Anyone who is familiar with the site knows how much we love making paper flowers. There are endless ways to use them for decor. One way to add in a little floral accent to a wedding or… 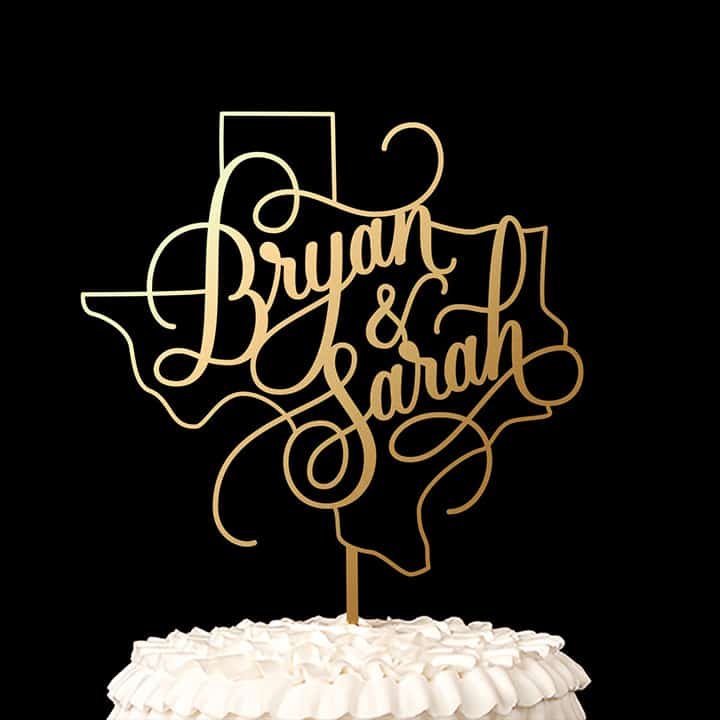 We first fell in love with this customized state wedding cake topper, (above) in all its’ curlicue wonder and wanted to see more, so we went on a search for more toppers with ornamental curls via Better Off Wed.  We found quite a few we knew would be hits with brides and grooms alike.  These beauties are… 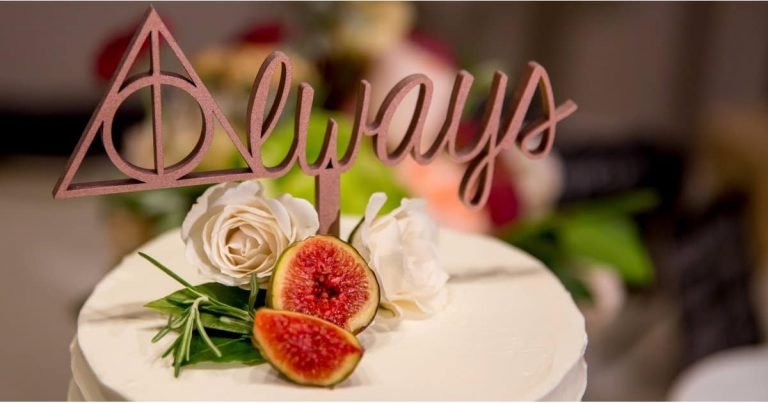 As a die-hard Harry Potter fan, Sarah knew she had to include the series in some way at her wedding. “Rather than costumes and wands, I wanted to subtly represent the powerful love story that I grew up with,” she said. “In one word, ‘Always’, speaks volumes about what someone will do for their first… 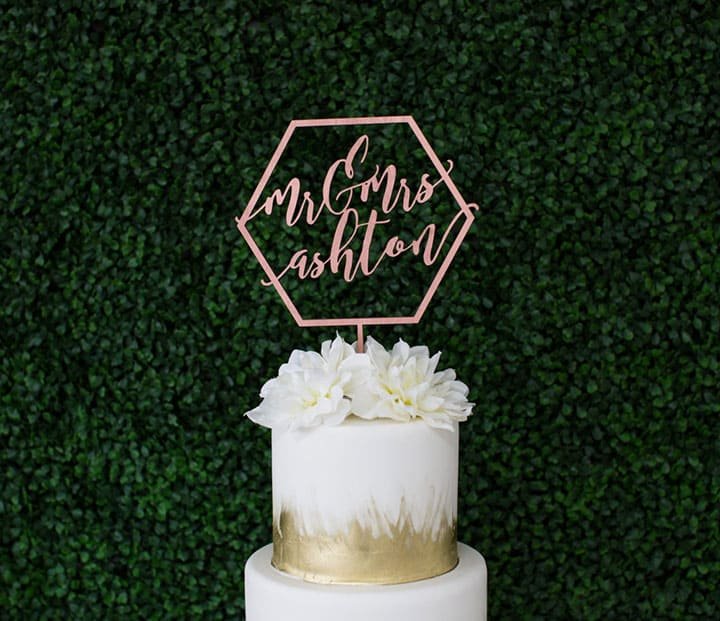 We are currently crushing on these laser cut wedding cake toppers by Let’s Tie The Knot via Etsy.  Designed and laser cut in-house, these baltic birch toppers come in three sizes and colors from gold, silver and rose gold metallic to natural.  Or they can create a custom topper for you!  We love their modern shapes (hexagon anyone?)… 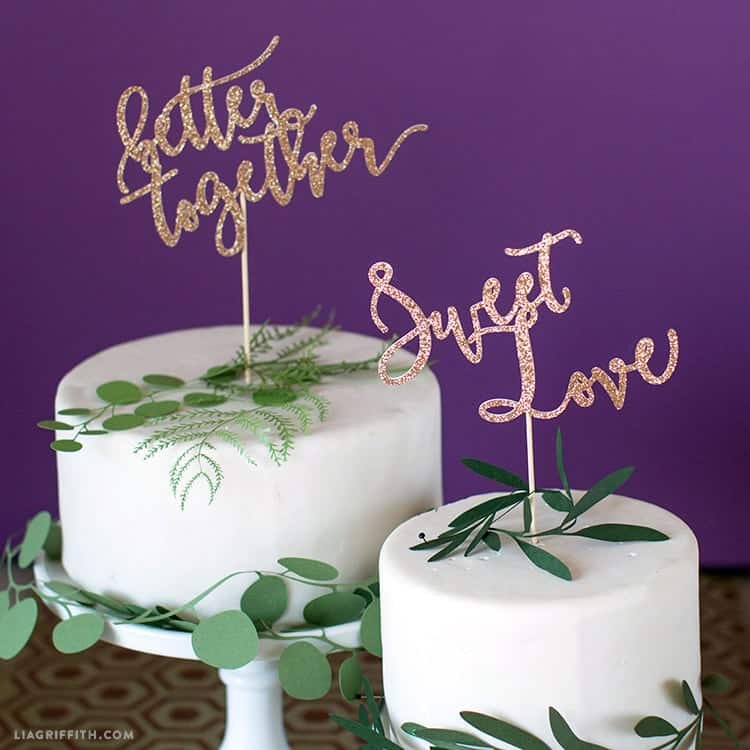 Better Together Planning a DIY wedding can be daunting, so we love finding easy ways that you can make your own decorations to get through the planning process as painlessly as possible. Case in point: glittery wedding cake toppers! Super easy to craft with an eye-catching and professional result. Choose between two sweet phrases in… 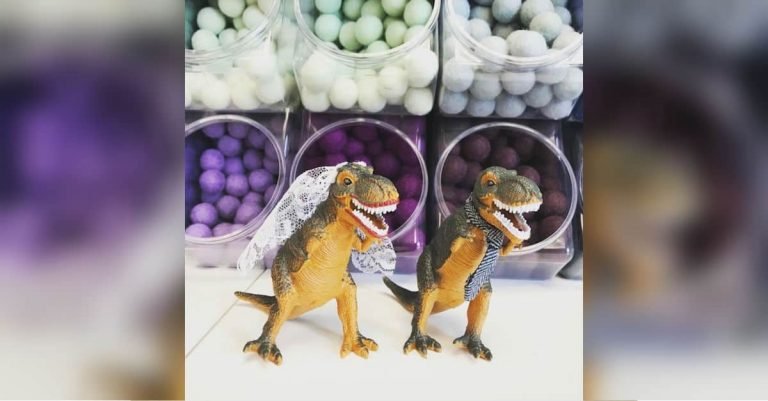 Planning a wedding can be stressful, but there are also super fun parts about it, too! As long as you keep a level head and remember that this is the day when you get to marry your one true love, then it’ll be more manageable. One of the main decisions is the wedding cake. Aside from…